What is a USB DOM (Disk-On-Module) and how can it be used in a host system? Many Motherboards, Single Board Computers (SBC) and embedded systems come with a 10-pin USB header to attach external USB connectors. This same header can be used for a low power, rugged and reliable flash storage device called a USB Disk-On-Module (DOM for short).

The Universal Serial Bus (USB) interface was originally designed in the mid-1990s to provide a standard means to connect peripheral devices to a host computer system.

As anyone who has used a computer in the past decade can attest, just about everything can be connected to the USB connectors on a modern PC or notebook. In addition to a simple connection for keyboards, printers and mice, it has become one of the most common methods used to transfer data as well.

By using a USB DOM, a designer has a simple solution to add data storage to their system. There are a couple different connector versions described below. 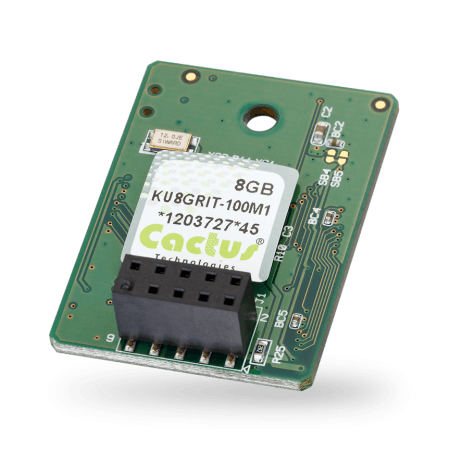 The most common variety of USB DOM has a 2.54mm (0.1”) female connector to mate with 10-pin male connector found on many motherboards. Cactus offers an Industrial Grade USB DOM with standard connector in our 100 Series family.

Most BIOS in the past 5 years support booting an operating system and running applications from a USB DOM just like the IDE or SATA interface.

There is a mounting hole in the USB DOM which allows for secure mounting with a screw for the highest shock and vibration environments. In many instances, the screw is not necessary since the friction of the connector pins secures the USB DOM in place well. 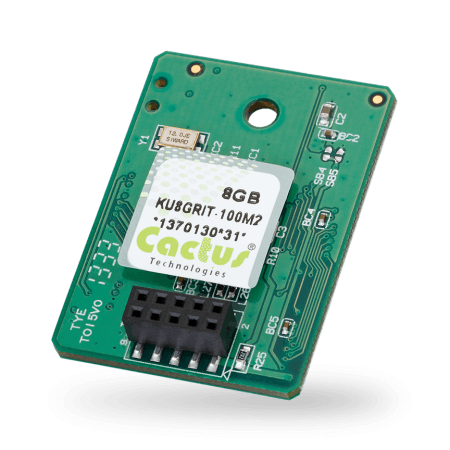 The low-profile connector is not found on mainstream motherboards, but can be found on some SBC (Single Board Computers) and other embedded system boards.

As with the standard connector device, a mounting hole exists and most recent BIOS support an operating system booting and running applications from this low profile device.

We realize not all applications and systems have the same architecture or constraints. If you have a specific question you need answered, please contact us to discuss further.